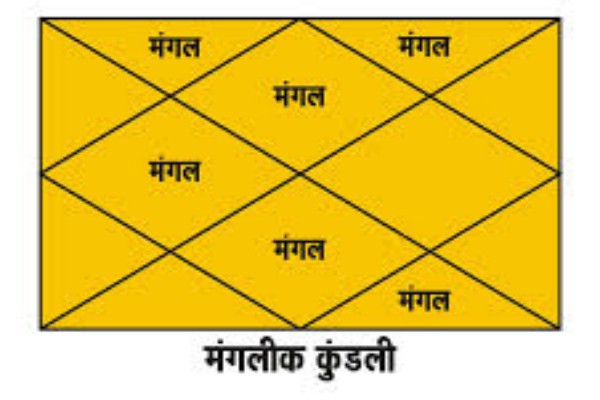 No planet gives entirely good fruits and no planet gives entirely bad results. It has been seen that planets like Saturn, Mars and Rahu also give good results in a miraculous way. This depends on the good conditions in which the planets occupy any house in a horoscope. If planets are occupying exalted moon sign, own moon sign, friendly moon sign or worst moon sign and are being aspected by good or bad planets then their results may change or vary. Astrology is a subject with sufficient depth and you cannot predict all things in your life with it by seeing only some basic facts.

It has been seen that most horoscopes get complicated and are considered to be manglik due to wrong calculations of planetary configurations. Yet if you look more at these birth charts then you will see that even here Mars gives good results in married life and other walks of life. It fulfils all desires of human life.  It has been seen that most families in India fear that they have manglik horoscopes without doing deep research about the position and configuration of planets in their birth chart. It has been seen that after marriage if couples have problems in their life then it is considered that these troubles are due to having a manglik horoscope. Yet this is the fact that only 8% horoscopes are manglik and give adverse results in human life. Other horoscopes are representatives of a prosperous life and have auspicious yogas for their owner. When you think more about astrology concerning manglik doshas then you can see and share the views of Jaimini, Vashistha, Garga, Parashar and Bhrigu. These rishis have given their views on manglik birth charts after doing a deep research.

If Mars or Saturn is placed in the ascendant, fourth, seventh, eighth and twelfth house in a horoscope then it results domestic quarrels and losses on account of home, luck, life span and money. If a horoscope is showing the presence of manglik doshas then it will create quarrels when placed in the ascendant, loss of property and vehicle in the fourth house, loss of health and job in the seventh house, loss of life span in the eighth house and loss of occupation and property in the twelfth house. Some instructions have been given in scriptures to know more about mangal doshas, which horoscope is having full mangal doshas and which one has no such doshas. In many such birth charts you may find much good yoga that might neutralize the effect of Manglik doshas. You have to consider a horoscope to have manglik doshas after doing a deep study and research.

In the birth chart if Mars is placed in the ascendant, fourth, seventh and eighth and twelfth house and if Jupiter or Saturn is placed with it or if Saturn aspects Mars in a completed way then such a horoscope does not remain infested with manglik doshas.

If Mars occupies ascendant meaning 1, 4, 7, 8 or 12th houses and if in these houses if it is placed in Leo, Aries or Taurus moon signs then such a horoscope remains safe from manglik doshas.

If Venus is placed in the second house and Rahu is placed with Mars or Mars is being aspected by Jupiter, then Mars becomes auspicious and gives prosperity.